When I was in college I had a few relationships. One of which was with a guy who was ten years older than me, acted about five years younger than me and was hated by all of my friends and my family. I’ll call him my rebellious phase. I seriously spent countless hours worrying about him, about us, about stupid things that a twenty year old shouldn’t waste so much time on, but welcome to being a girl.

Next I dated a  guy who would make a great husband for a lot of girls, I’m just not one of them. He was of the kind of guy that really believes women should only be housewives and mothers. We’ll call him immature Don Draper phase. Our relationship was fraught with fighting and breaking up, and getting back together and breaking up and so on and so forth. Relationships like that give a girl emotional whiplash.

After that I went on a lot of first dates and tried to just enjoy not caring. Then I moved to New York City and I was focusing on being in a new city and was perfectly content with continuing my first date/not caring streak when I met Aidan.

Aidan was cute and British so of course I was smitten. But I wasn’t charmed enough to break my no caring rule. I told him flat out I was only interested on going on dates and I didn’t want anything exclusive, I had done this before and the boys were usually on board to keep hanging out without the labels (go figure). But Aidan basically told me to grow up or get out.

He said maybe that’s how Americans did things, and I was welcome to move on but if I wanted to keep seeing him I had to grow up and be a girlfriend. It wasn’t an easy choice, (because i’m a coward haha) but it was the best choice. I became Aidan’s girlfriend in September of 2012. 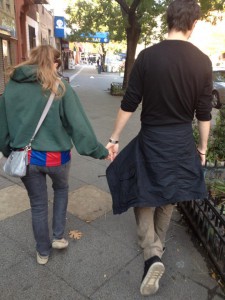 Yes you’re supposed to put effort into making your relationships work, but it is not supposed to be exhausting. I recently explained it like this; I make Aidan my number one priority and he makes me his number one priority, this way we’re both making sacrifices but both of our needs are being met. I wish I could explain it in a less cliche way, but basically we’re partners. In everything we do, we do it together, we help each other, support each other, and we push each other. 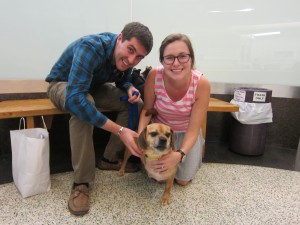 Aidan is smart, funny, easy going, a fierce protector, and  I’m really blessed to have him as my number one teammate. Happy two years Aidan. Cheers! 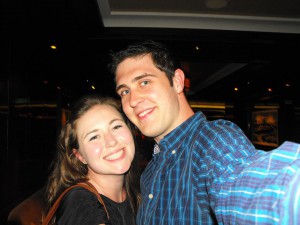