Aidan is pulling me to the dark side. 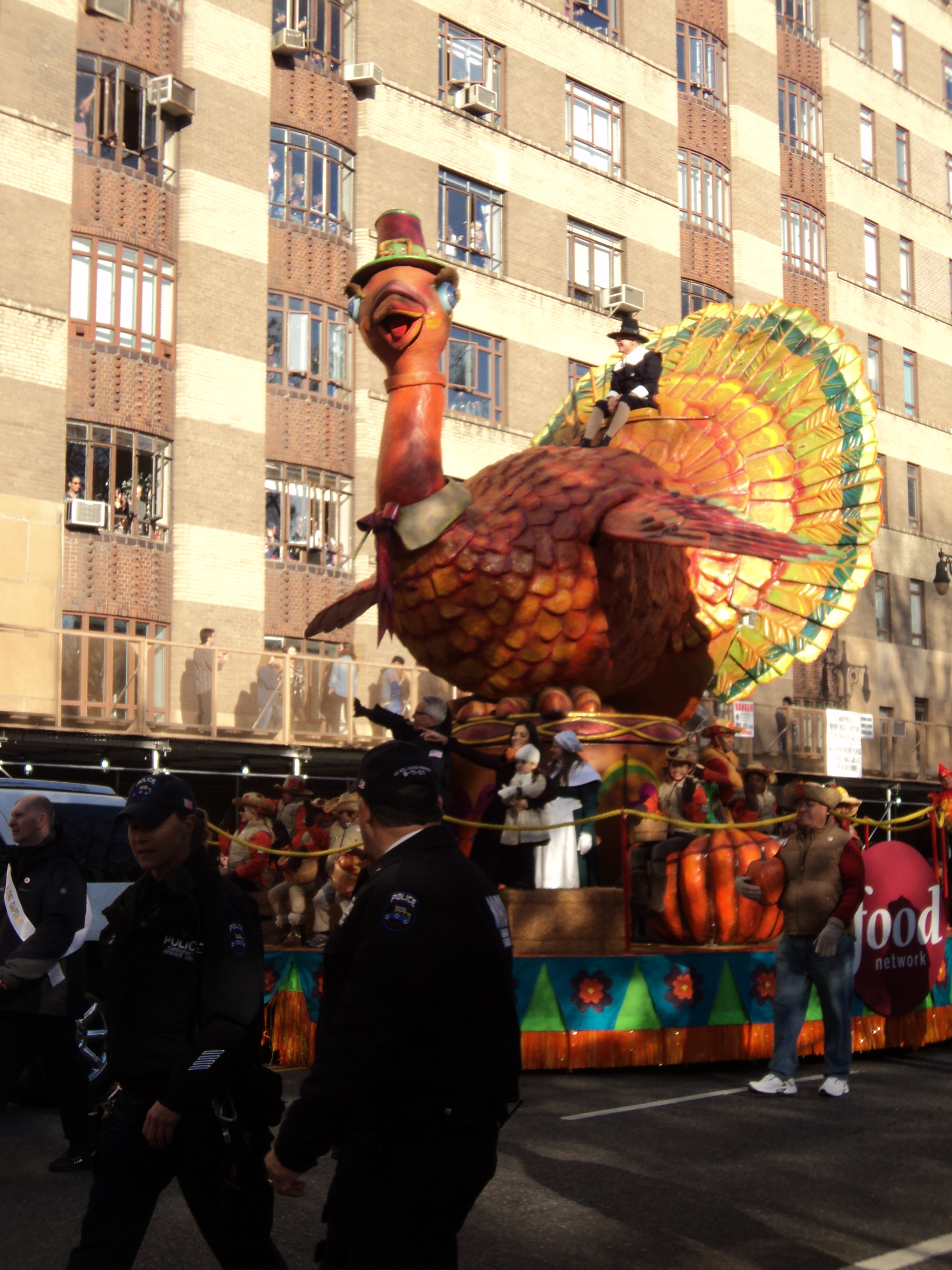 I used to be a firm believer that all holidays are magical and Halloween, Thanksgiving, and Christmas all get their respective months and should not bleed into one another. Aidan however being from the UK and a total unThankful heathen does not celebrate Thanksgiving and therefore he is perfectly happy to start blasting Jingle Bells on November 1st.  NO! 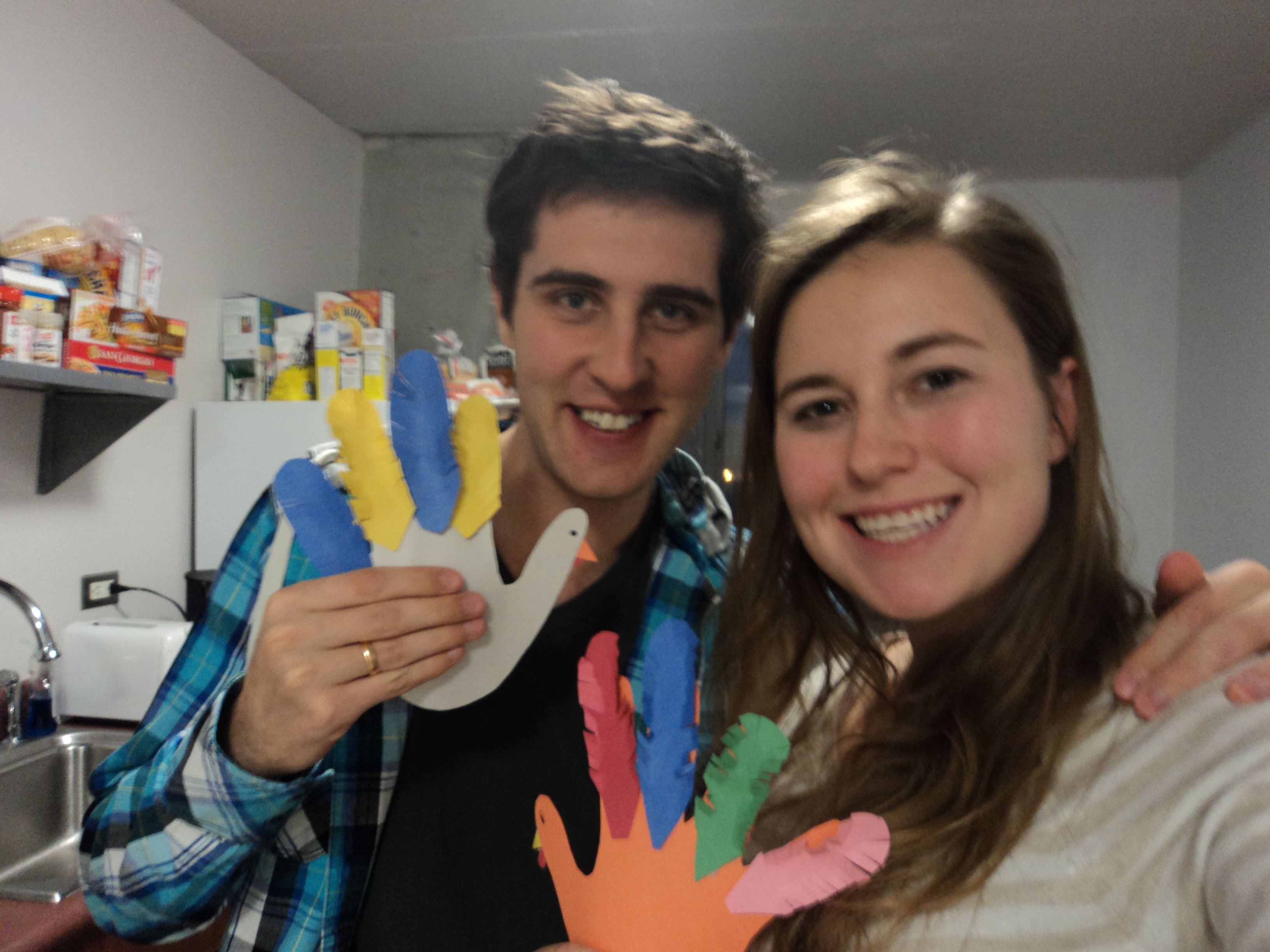 I’m not debating that Christmas isn’t the most wonderful time of year or not a shoe in for best Holiday. But Thanksgiving deserves its day, too. Thanksgiving is great because it’s a day to spend with your family without worrying about the gift you bought them, it’s a day to be lazy and just lay around watching football with your cousins, it’s a day to help your grandma bake pie, or help your aunt set up centerpieces. It’s one day that we get to just BE with our families. And I take that very seriously. 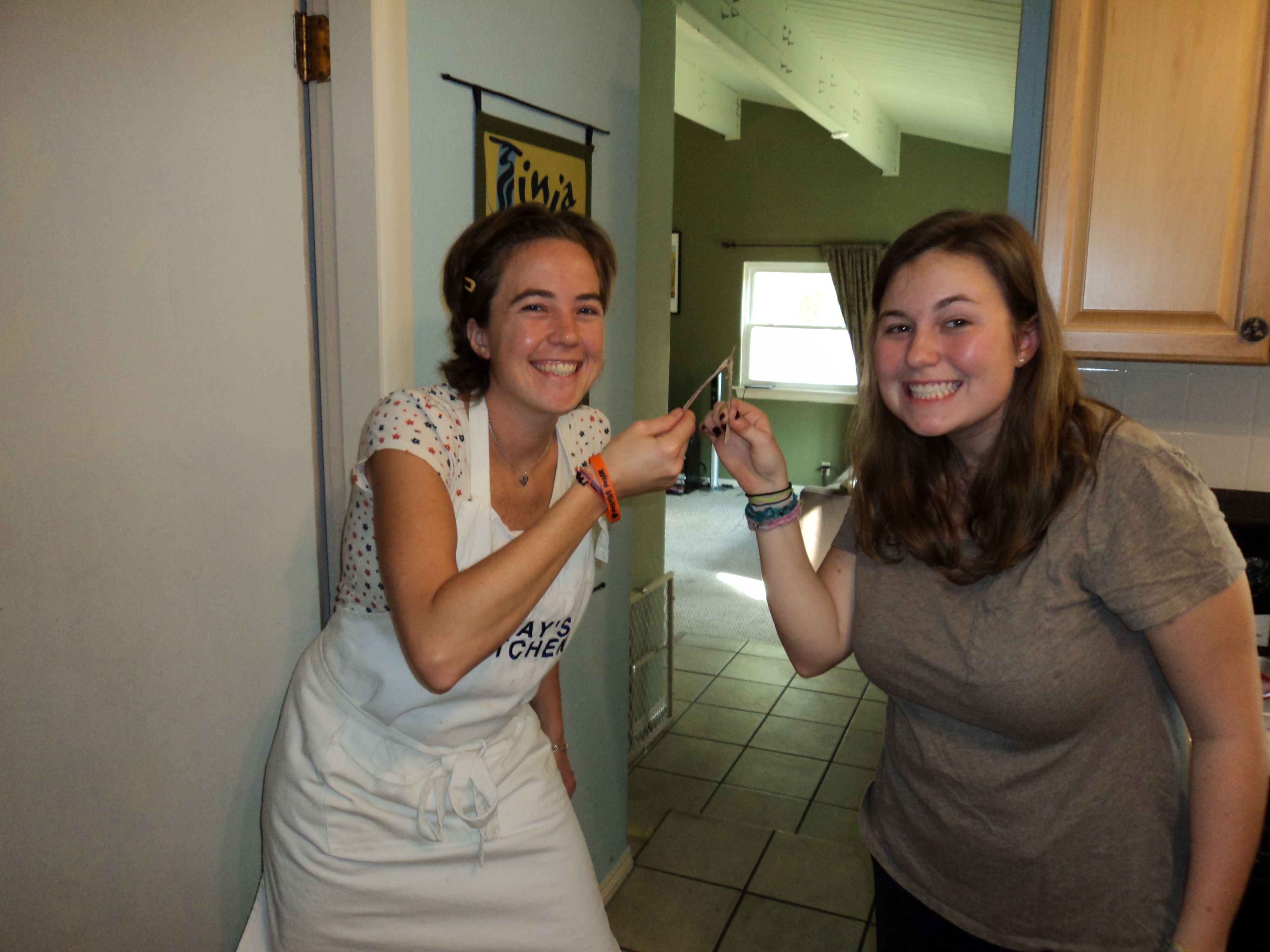 Last year I was a Christmas music nazi to Aidan; I didn’t want to have my heart leap at the souds of Santa Claus is Comin’ to Town, I didn’t want one fa lala or jingle bell to grace my ears until AFTER Thanksgiving. He could listen to whatever he wanted in his earbuds, but not out loud! This year i’m loosing my resolve. He’s pulling me to the dark side, like I said. He has got me accidentally listening to my Christmas Pandora, he keeps claiming certain things (it snowed) means that it’s “CHRISTMAS TIME” even though it’s still November; but it’s hard to ignore all that excitement and so I find myself getting into the Christmas spirit early this year, too. 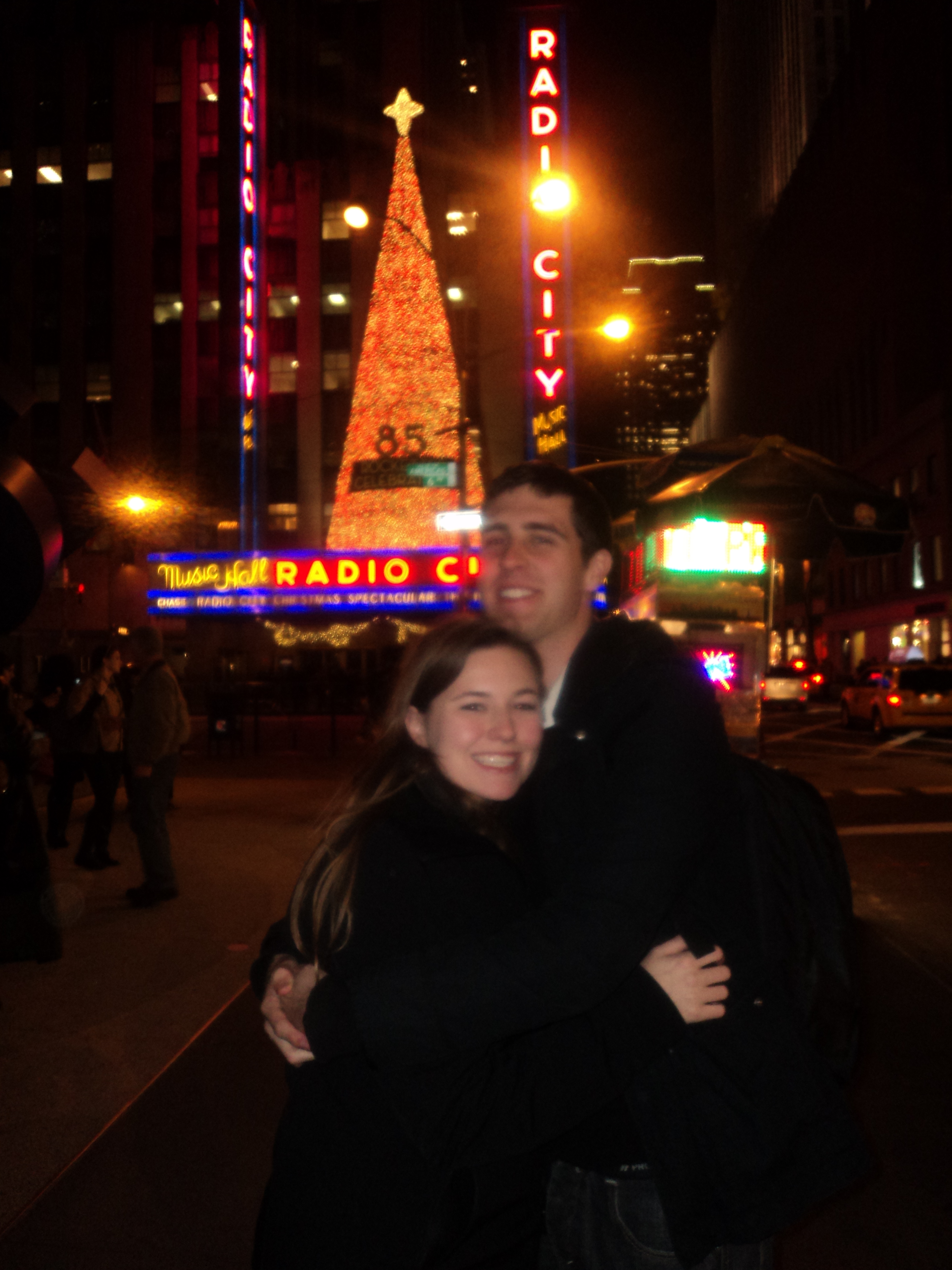 It also probably doesn’t help that it’ll just be me and Aidan for Thanksgiving this year (plus some NY friends!).  I can’t afford to go home for Thanksgiving and Christmas so for me Christmas was more important. I know I just made Aidan’s point… 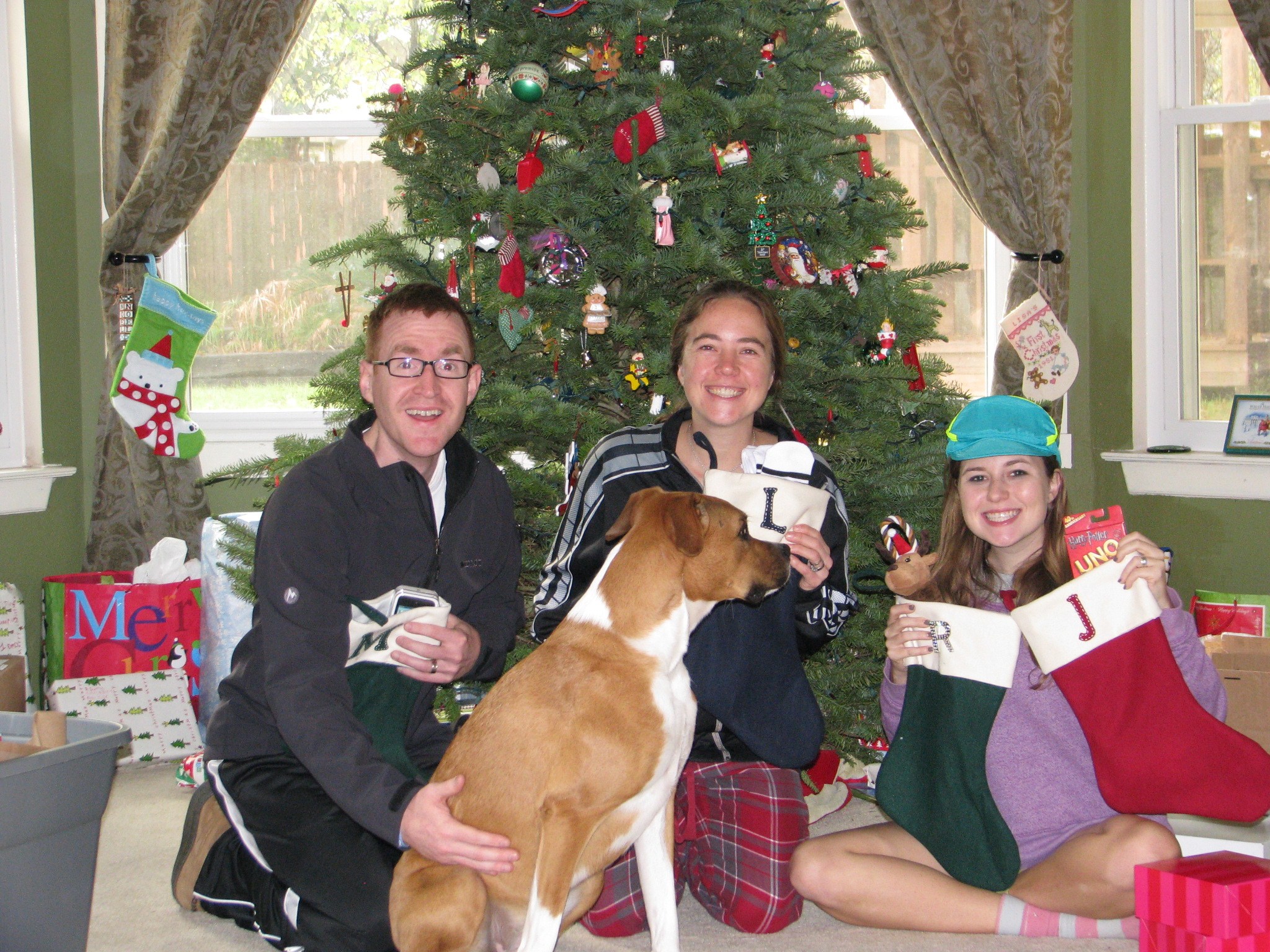 Y’all there is hope for humanity yet. In case you  missed it yesterday Gotham City (San Fransico) was attacked, but never fear Batkid was there! 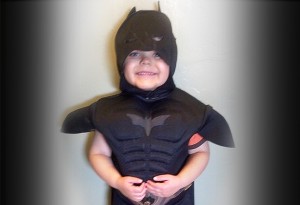 Miles, who is now five years old, was diagnosed with Leukemia when he was only 18 months old.  According to the Make A Wish Foundation, Miles found hope in super hero stories as he was fighting his battle with cancer, so when it came time to Make A Wish he wanted to be Batkid for a day. 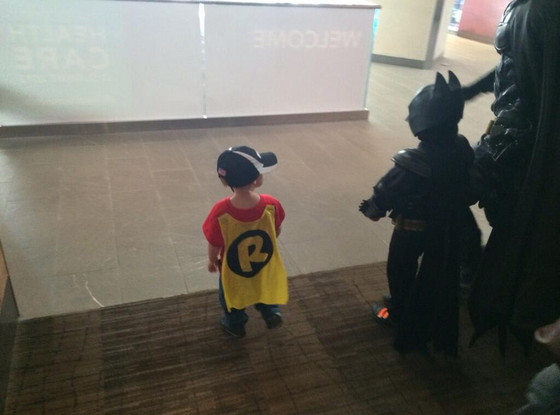 Batkid started off his day by saving a damsel in distress on the Gotham city cable car, then nabbed the Riddler while he was trying to rob a vault, Batkid stopped for lunch only to hear that Penguin had kidnapped Lou Seal! 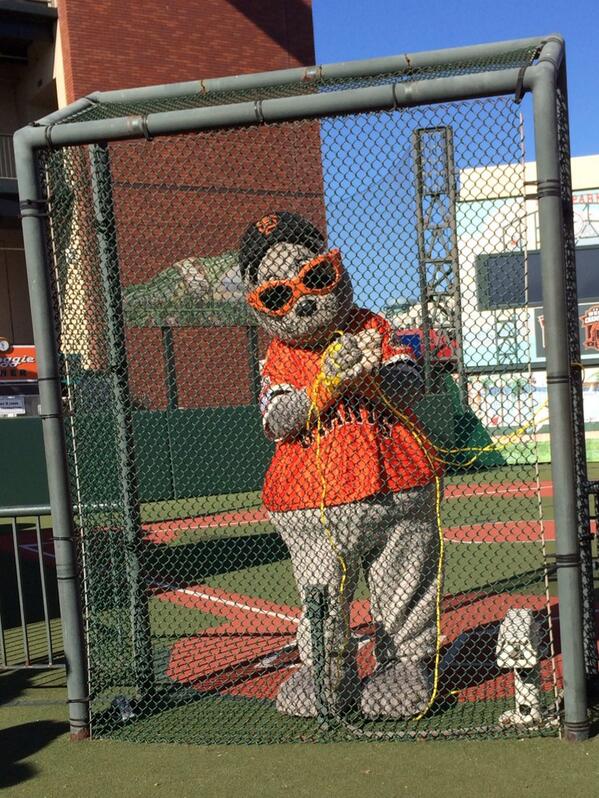 Batkid was off and had Lou Seal saved in no time!

The Mayor of  Gotham presented Batkid with a key to the city as a thank you for all his hard work keeping the city safe! Miles also got a shout out from President Obama! 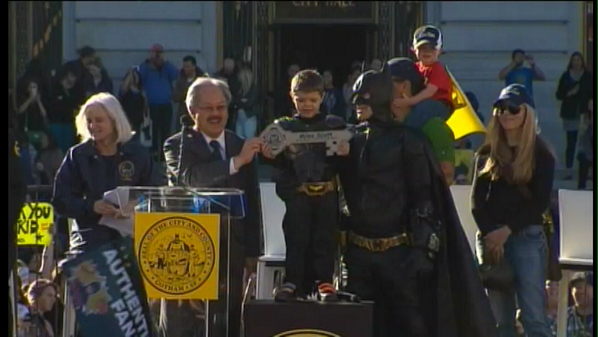 If that story didn’t make your heart explode then you might be a robot. I’ve had a few friends fight cancer and get wishes through Make A Wish, which were all really cool but nothing like what Make A Wish made happen for Miles. I think it really is a testament to not only Make A Wish but also the city of San Fransico, and social media for spreading the word about Miles’ wish! If it weren’t for Facebook and Twitter there would not have been as many people to cheer Batkid to victory. It’s a beautiful testament to the human heart that so many people wanted to support Miles in his fight. Miles recently underwent surgery to remove a tube that had been used in his treatments because after all this time of of fighting he is in remission! Miles’ mom Natalie told ABC News “This wish has meant closure for our family and an end to over three years of putting toxic drugs in our son’s body”. We’ll continue rooting for you Batkid! Good luck! 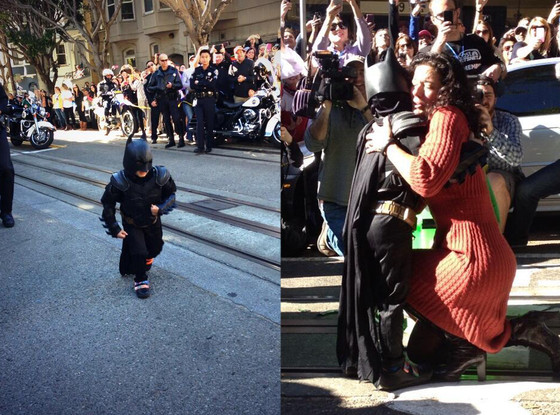 It’s not that being an adult is hard per se, it’s just that stuff keeps popping up that no one taught you how to do. When I was younger I remember looking at adults and thinking they had it all together, they pay their bills, they have stocks, they have retirement funds, they handle things. And I just assumed I would learn how to do all of these things, too. Now I know how to pay my bills, but I have no clue how to buy stocks or set up any kind of financial planning. Where do people learn this? Do I just walk into my bank and say “Hey I want stocks!”? I’m gonna try it, i’ll let you know how it goes.

Speaking of my bank, my dad wants me to get a credit card to build up my credit. I actually have a good credit score because of my student loans but my dad still thinks it’d be a good idea. I want to get a good one, with a low interest rate and rewards, here’s another thing I don’t know how to navigate. Cool.

My question is at what point is it not cute that I don’t know how to do these things? I think for now I’m harder on myself than, for example , my parents. They don’t expect me to have all this figured out. But then I look at Facebook and there are people my age buying houses and having babies. And all I have is a cactus plant. And I see all these girls that look my age and are dressed in fancy business outfits and carrying briefcases (not that I want to carry a briefcase) but I’m like how did you get that far this fast?? Did I miss something?

Is there a Coursera class on adulthood? Or did everybody just figure it out as they went along? Or is every 23 year old as confused as I am?

Maybe I am overreacting. I’m the type of person who likes to have a plan, and a backup plan. And a rainy day fund, and did I mention that I like plans? So being 23 and figuring it out is hard for me. But I think this is part of the process of growing up, to freak out about your lack of knowledge and then google “how to buy stocks”. Don’t ask me how anyone figured anything out before the internet.