In my last post I used A/B testing  as an example of something in social media management that overwhelmed me a bit. And in this post I’ll explain why that was silly, because it’s not that hard! According to the ever wonderful and helpful Wikipedia A/B testing is  defined as “jargon for a randomized experiment with two variants, A and B, which are the control and treatment in the controlled experiment“.

This helps explain why I avoided it, I always try to avoid math. However all you want to do is make two ads that are exactly the same  but change one thing on ad 2/B. This way you can easily look at the analytics after a few weeks and see which ad is out performing the other. Facebook and Twitter both make this really easy because after you create a new ad you can copy it, then just change whatever variable you want to test.

So what are some variables us social media managers test? Technically you could test anything you want; but here are 3 of the most user friendly.

A. Call To Action, CTA, button.

On Facebook and Twitter both the CTA is that little box that says “Sign up” or “Learn More” or “Visit Now”. There is a set number of options Facebook/Twitter allows, you can’t create your own, making it a very easy thing to test. As a business you want people to both “Learn More” and “Sign Up” for more information about your site, the question here is which one is more appealing to the consumer. 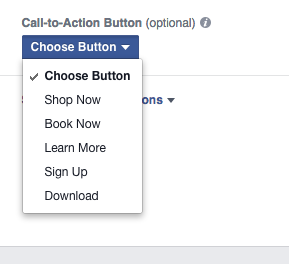 It is worth mentioning that the CTA boxes with pre-set options come standard on both ad platforms, however you can technically create your own CTA in the ad copy. For example tweets that include #PleaseRT or Facebook posts that say check out our site here: www.testlink.com are both considered CTA’s. These can be tested as well as long as everything else is the same across both ads.

This makes perfect sense right? Just because you like an image doesn’t mean it will resonate with your consumer. I’ve really loved images we created for ads before and they performed horribly. Beauty is in the eye of the beholder and all that. Maybe you have a nail polish company and you really love the idea of using an image of a panda bear wearing your nail polish as a quirky fun way to catch potential customers eyes. So you make two ads one with the Panda and one with a human. Fingers crossed the Panda wins because how awesome is that visual?

You’re trying something different here. Good for you! If you just threw the Panda ad out into the world by itself with nothing to test against and it performed badly you wouldn’t know if it was the Panda that was hurting you or the ad copy, or the layout, or CTA and you may waste valuable time running a Panda image people hate. Although if they do they are wrong. Or you may scrap a really awesome panda image even though people are loving it. You have to test! 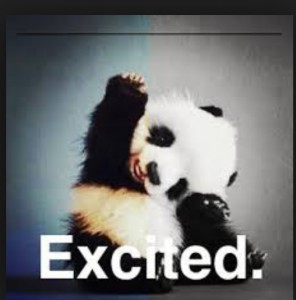 This is probably the trickiest of the 3. Here’s why: the other two variables are simple, one CTA button vs one CTA button. Ad copy can range anywhere from 1 to 3 or more sentences. The key to getting good clear analytics from A/B testing copy is to keep the changes small. Try just switching the order, for example:

“Learn more about our online certificate in Homeland Security; perfect for professional development!”

You can even change just one word or collection of words, for example:

When in doubt, keep it simple. And play around with it. One of the firsts things that was told to me when I started making ads on Facebook was “you’re not going to break Facebook”. Which is 100% true, whatever you do, whatever mistake you make is fixable. So just work on it, figure out what works best for you and your style and don’t be afraid that you’ll break something.

After you’ve been running your A/B test for a significant amount of time, (a few weeks at least) you can check your data at this awesome A/B test calculator.

For other, more in depth information on A/B Testing check out 71 Things to A/B Test via Obtimizely.