Two facts about me: I am a Christian and I am pro-choice.

I start with that up front just so we know where we all stand. If you are pro-choice then awesome, I hope you’ve come to that decision after much thought and research. If you are pro-life, that is awesome, and I hope you have come to that decision after much thought and research, and it is also my sincerest hope that you are pro- life. I pray that you believe with your whole being that life, all life, is sacred and beautiful, that every person deserves to be loved, happy, to have enough to eat, to have shelter, and health care. That every human being regardless of sexual orientation, religion, skin color, tax bracket, or government party has the right to life. Because right now it sounds that most pro-life advocates just care that every baby is born. Once that baby is born they seem to forget about their right to life. This is a broad generalization, of course there are individuals who are anti abortion and who believe many of things I am about to talk about, to you I say, be more vocal because right now your cohort is overwhelmingly just pro-birth.

For a long time I have asked why the “pro-life” movement wasn’t just termed anti-abortion because that label fits much better to the overall idea they seem to write on their protest signs. I have asked many Christian friends that are pro-life if they are also pro death penalty. When the answer is yes, I then ask what the difference is, both are murder. Usually the answer includes the idea that a fetus is sinless and someone who is on death row is not, to that I say but what about Romans 3:23 that all have sinned and fall short of the glory of God? Usually they explain to me that a fetus is defenseless and people on death row are not or something to that effect. I still don’t get it. If you can explain it to me please do, I’d love to hear an actual thought out reason as to why war and execution are okay but abortion is not.

When I was in my social work college classes I was one of the only pro-choice people and I would adamantly call my “pro-life” friends/classmates anti abortion and not pro-life because I think you have to love all life to be pro-life. I recently saw this photo on Facebook and it re sparked my anger at the pro-lifers. 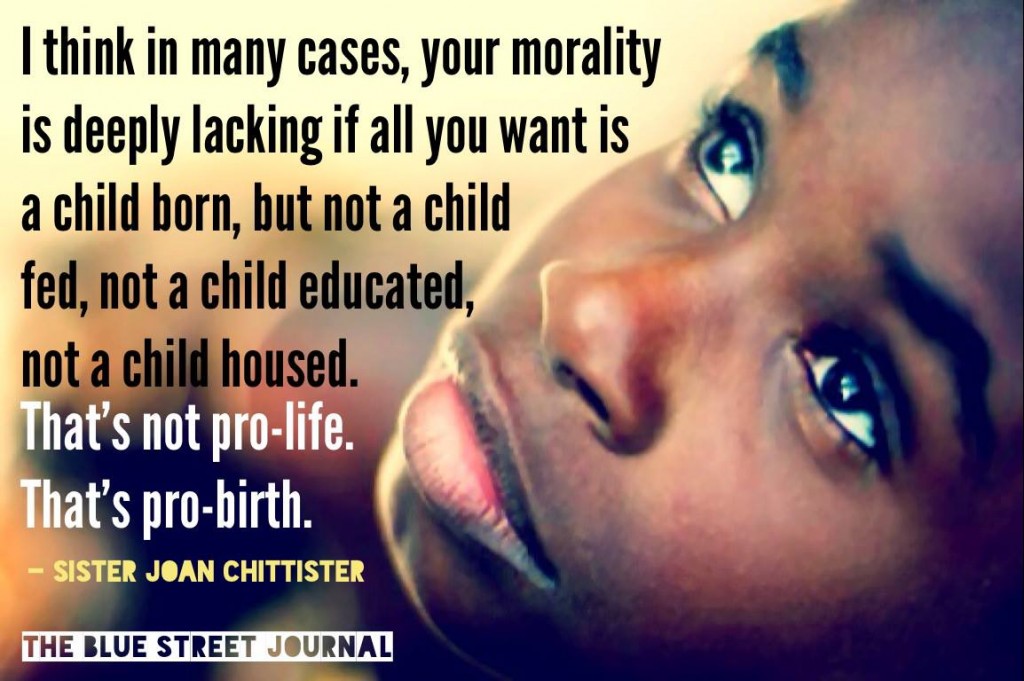 Sister Joan Chittister, I could not have said it better myself. Because here’s the deal, let’s call a spade a spade, if you are the person that stands outside of Planned Parenthood and yells at women as they walk in (even though you have no idea why they are actually there) then you have no respect for life. You certainly don’t respect that woman’s life, you don’t respect her feelings, her right to make an informed decision, and you don’t respect her soul. God will judge her on His terms, you have no right to play God. If it sounds like I’m getting angry, I am. Because I am the social worker that will comfort that woman, will talk with her, will walk with her, and if you want to help her choose to keep her baby, if you want to love her baby and her then you would never dream of yelling at her, of making your social media status judging and angry, you would never block her entrance into a health clinic. If you wanted to help that woman, to be pro-life to that woman than you would talk with her, you would get to know her, you would give her hope. 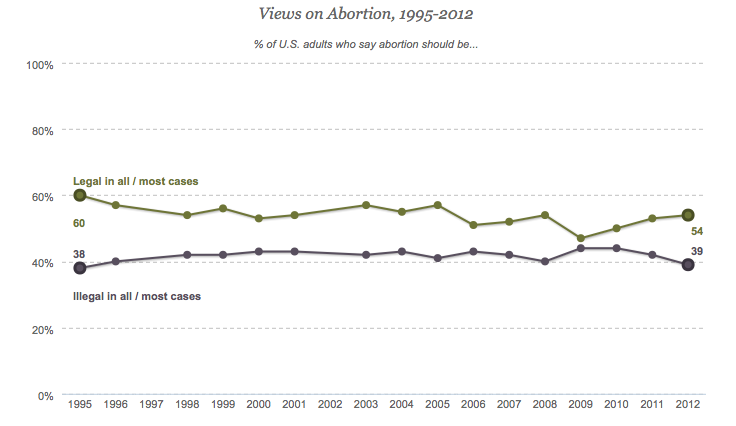 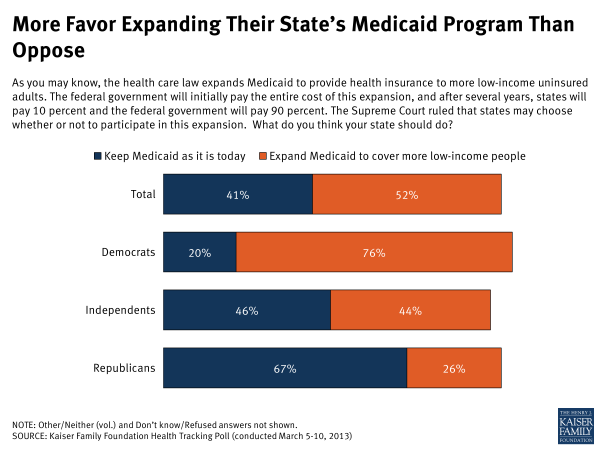 So anti-abortion people think all babies should be born, but not in a hospital because that costs them tax dollars, and if that same baby gets an ear infection, or the flu they should tough it out at home because they don’t have health insurance and doctors cost money. If that baby should happen to be born with a disability, unlucky, don’t get them therapy because that might cost other Americans even more in tax dollars. If you do take your uninsured baby to the hospital or doctor you are a lazy leach on society.

I am pro-choice because I know that life is complicated. I know that when a woman finds out she became pregnant accidentally that abortion is not an easy choice, for some women (and men) it feels like they are weighing their life against their babies, for some they feel they have no choice, no rights. It is a different situation for every single one, woman and man, who find themselves in the situation and they are the only ones that will ever fully understand their choice. (I recognize that men are also part of the equation, often they are not included as much as they should be). Abortion is tricky, life is tricky. I don’t understand though why people feel the need to make the decision any harder for a woman? For me, I am pro-choice because as much as I would love every baby to be born, I understand that not every family can afford another child, another mouth to feed, (before you say adoption don’t make me throw some foster care statistics at you. Yes adoption is a good choice for some, but not all) some women want to finish school, or do not feel safe with the father of the child. You cannot know why a woman picked abortion, and unless you are going to help her raise the baby you have no right to judge her choice.

3 thoughts on “The Difference Between Pro-life and Pro-birth”