It’s too easy to use the “shocked” moniker when talking about the Wichita State Shockers that at this point I think every reporter, journalist, blogger et al. feel they have to use it in some form. But it works.

I live in NYC and I can almost guarantee that I am among a handful of New Yorkers that actually know what WU Shock is;  a shock (clump) of wheat of course! Because you see before I lived in New York and before I lived in Texas, I lived in the great square state of Kansas. In fact the vast majority of my extended family still live in and around Wichita and my family boasts more WSU alum than any other Kansas school. 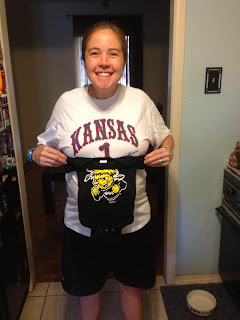 My sister and future nephew sporting some Shocker love
I had to watch the Final Four game tonight in the lobby of my dorm because I don’t own  a T.V. and  while all the Louisville fans were exclaiming things  like”what’s the shockers?”, “is this team like any good?”, and “they’re seeded 9th? Has a 9 seed ever made it to  the final four?”. I was smiling because a piece of my child hood was on the screen. I remember many nights watching the Shockers play in an almost empty Koch arena. And they lost, a lot, back then. Gregg Marshall has changed that. But I was also smiling because I knew that the majority of my family was sitting down and experiencing the same excitement and exhilaration that I felt last year when I watched Baylor play in the Sweet Sixteen and Elite eight at the Georgia Dome. Watching your school or Alma Matter play in the nations top tournament brings on a feeling of adrenaline and hope not easily found elsewhere. And I smiled because I was ready to watch some great basketball. 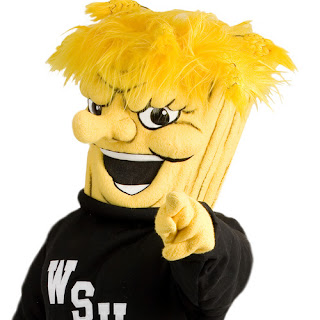 The Shockers and Louisville delivered. The following forty minutes of basketball were nothing if not nail biting. In the end the Shockers lost 68-72 to the number one seed. Louisville. I was bummed to put it lightly. But if this Kansan knows anything it’s that wheat is a strong crop and I have a good feeling that as long as Marshall hangs around WU Shock and gang will be back next  year. Now that Wichita State has shocked the Nation, they won’t be surprised when WSU comes back! And I will be right there with my gold ready to cheer them on! Unless of course they’re playing against Baylor, in that case I hope we crush that wimpy wheat stick! But for tonight, WSU you made this Kansan very proud!