Okay I wasn’t going to jump on the gay marriage social media defense band wagon, but here I go.

I understand what people are TRYING to say when they say same sex marriage is wrong because same sex couples cannot procreate. But I don’t see the validity of that argument at all. Let me get this straight if two men shouldn’t get married because they cannot have a child naturally that means two 60 year olds shouldn’t get married? And any one who is infertile shouldn’t get married. And in that regard should all marriages be dissolved once a couple decides they no longer want children? Or don’t want children at all? Or their children turn 18? Or the woman goes through menopause? Because none of those unions would be beneficial for procreation either? That makes no sense. What, you’re not really married because you don’t have a baby? Plain and simple that argument doesn’t fly. Christian or not you can’t argue that marriage is only for procreation because if that were true women would run the world and all the men would be kept in caves and used only for their sperm (yes this is a rough quote from Topanga taken from an episode of Boy Meets World). Obviously my last scenario is a bit silly, sort of like the procreation argument against same sex marriage.

I have never been married, but I would like to be one day. I hope to meet an awesome guy who likes to hang out with me and laugh and do fun adventurous things and who agrees to do the dishes if I do the cooking,  because I absolutely hate dishes. And we’ll get married and live in a cool apartment and maybe get a golden retriever puppy named Rigby. But we won’t be having children for the first few years because I like working and I want a PhD and I don’t want to navigate a stroller on the subway. So would our marriage be invalid? Absolutely not. 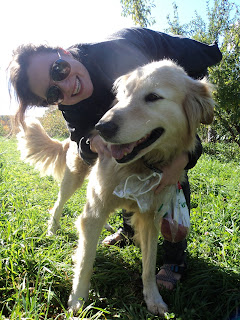 There are many other arguments against same sex marriage that I don’t necessarily agree with, but I also won’t tackle in detail in this post. for example the idea that children need a father and mother. which from personal experience, from working in social services, and studying a great deal of child psychology texts I can tell you is false, but the procreation one I think is the most banal of them all.

Sadly after monitoring the proceedings of SCOTUS it really looks like the justices won’t provide much sweeping reform claiming, in layman’s terms, this issue is not their territory. I hope I’m wrong but we’ll have to wait till June to see for sure. I for one am voting for equal rights for all and more importantly for love and acceptance for all. 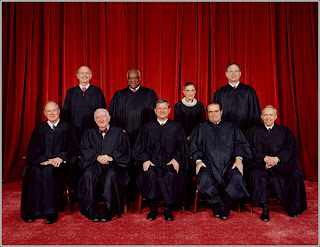 You can read some very misspelled and grammatically incorrect reasons why some people my age are voting against same sex marriage here and here. And you can see a picture of the cutest gay family in the whole entire world here.