First off, if you’re a republican, that’s totally fine with us here at GIR, after all you’re a human too! That’s what this new ad tries to remind us, that Republicans are people, too! Stop confusing them with shotguns, bud light cans, or Ford trucks. They drive Prius’s for God sakes!

But really, I have nothing against my friends and family who are Republicans, and trust me being from Texas I have no shortage of either. But this ad video #IAmRepublican is a great example of social media gone wrong. And how jaded and unconnected to real society the people running the Republican party are.

There’s just a lot about the video that hits a weird nerve, like when they claim Republicans use Macs? Okay…and so what? I don’t get what that has to do with politics? You’re trying too hard to be cool. Just. Stop.

And the really bad part is if you ask real Republicans I doubt they like this video. Coming from a part of the country where Republicans are the norm, I can tell you I disagree with a lot of their policies and thoughts; but Republicans have something that the stereotypical left does lack, they have an extreme love for their Country that runs deep and strong, and as cliche as it sounds really does make America special.

Trying to “re-brand” republicans as recycling, minority hipsters absolutely won’t work, that’s not who they are, and it’s not who society wants them to be. The sooner the people running the Republican party realize this, the better. Why not talk about good laws and policies Republicans support? there have to be some right?

#IAmRepublican because I like my America, hold the A. #Merica. But really 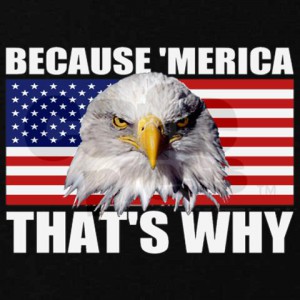